Most of us watch movies to relax and get away from work, but then there are those movies that just motivate and inspire our work. I find watching movies that relate to my job fun and motivational.

Here are our top picks of the eight movies finance teams should watch:

This is a fun, action-packed film that is sure to take you by surprise. It’s the perfect mixture of finance trivia and mafia drama featuring Ben Affleck as its leading star. Taught by his father to survive almost anything from a young age, Christian Wolff (played by Affleck) grows up to be an accountant who is employed by criminal organizations to rearrange the books to conceal the numbers and people they want to hide. As a result, he becomes the key target of a mafia boss hell-bent on taking revenge for his murdered family, blaming Wolff for his loss. What ensues is a 128-minute goose chase filled with twists and turns as we wonder if and when Wolff would be caught by the mafia king and if so, how.

Internationally acclaimed for its gritty story and beautiful cinematography, Shawshank Redemption is at its core a tall tale about transformation. It begins with banker Andy Dufresne being convicted with two life sentences for the murder of his wife and her lover despite his claims of innocence. A world apart from his lifestyle as a financier, Andy finds himself severely abused by his inmates. One day he overhears the captain of the prison guard complaining about inheritance tax and he offers to help him which in turn earns him protection from being beaten and soon, more privileges than any inmate. You have to watch to see how things end up for Andy.. A raw, feel-good film that leaves us rooting for Andy and finally celebrating his freedom, Shawshank Redemption is a classic you don’t want to miss. 3. The Wolf of Wall Street

The Wolf of Wall Street, based on a controversial autobiography of the same name by former trader Jordan Belfort, is an outlandishly satirical film that brings to life many of the stereotypes and perceptions people have about the lives of high-stakes investors. Directed by Martin Scorsese and led by Leonardo Dicaprio, it follows Jordan’s journey in a full circle, from his humble beginnings as a man trying to make ends meet for his family to a corrupt, drug-addicted tycoon who is arrested for financial fraud. The film recounts Belfort's perspective on his career as a stockbroker in New York City and how his firm, Stratton Oakmont, engaged in rampant corruption and fraud on Wall Street, which ultimately led to his downfall. It’s a dark comedy that leaves us with many questions on the relationship our society has with money; like Jordan, people can go from having very little to having more than they ever dreamed of.

The Big Short is a film that explores the human side of the 2008 financial crash. Inspired by a book written by financial journalist Michael Lewis, this movie tells the story of the economic crash in the eyes of the traders, bankers, and brokers closest to it. Character-driven and well-paced, it shows firsthand how well-meaning people can push for the wrong choices when guided by uncontrolled greed and even profit immensely from that same greed. Featuring an A-list cast including Ryan Gosling, Christian Bale & Steve Carroll, it smoothly ties together exposition on complex financial concepts such as credit-swapping and subprime mortgages while showcasing behind-the-scene events that contributed to an economic meltdown. It offers insight into several seemingly innocuous events that had a major impact on what ultimately happened in 2008. 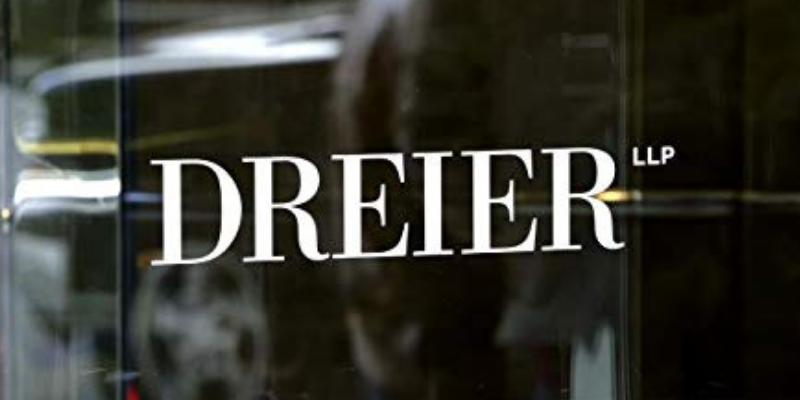 Unraveled is a documentary that tells the story of Marc Dreier, a former New York attorney who swindled Wall Street out of nearly $380 million dollars by selling them false promissory notes under the guide of his billionaire client, Solow Realty. What’s fascinating about Unraveled is that it features Dreier himself, who at the time was under house arrest at an Upper East Side penthouse until his sentencing day. When he was a lawyer, Dreier sold short-term, high-interest notes to 4 clients, 4 individuals, and 13 hedge funds by using an elaborate system of withholding information to convince them they were legitimate, when they had no real connection to Solow Realty. He would hire people to pretend to be employees of Solow, even going as far as to pay Kosta S. Kovachev $215,000 to impersonate Solow Realty CEO, Steven Cherniak. A groundbreaking documentary for the industry of finance, Unraveled is a must-watch for finance teams for its unusual narrator and the wide scope of his crimes. 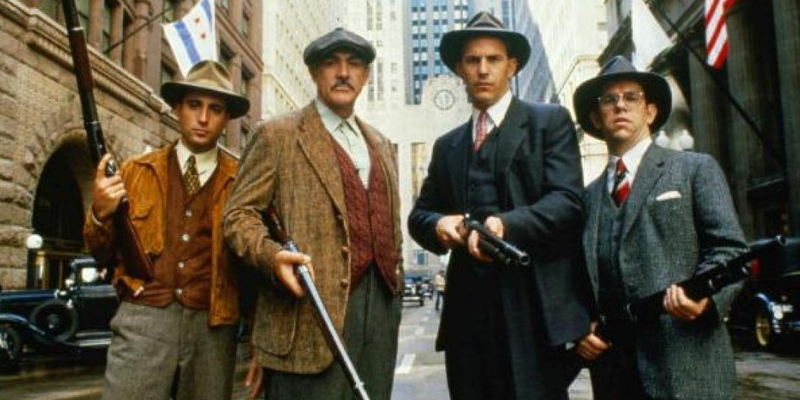 Set in the Prohibition Era of Chicago, The Untouchables begins with agent Eliot Ness trying and failing to do a liquor raid on reigning kingpin Al Capone. Frustrated that someone in the police force must have tipped Capone off, Ness vows to find a better way to take him down. Taking a different approach, he teams up with two fellow officers and an accountant, Oscar Wallace. Wallace discovers that Capone hadn’t turned in an income tax return for several years and pinning Capone for tax evasion. The closer the four get to proving Capone’s tax evasion, the more the kingpin and his cronies fight back. Though threatened with violence and forced to get creative in order to escape alive with their evidence in tow, the movie is a classic action flick that showcases the battle between good and evil, greed and morality, and ultimately, the cost we pay to bring justice to those who deserve it. 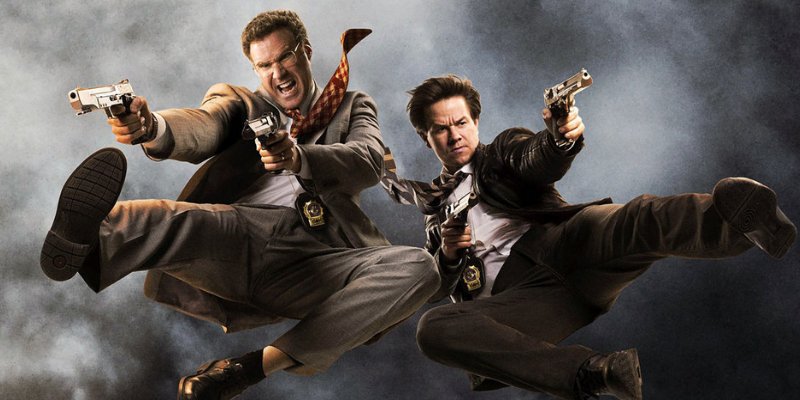 How much trouble can an accountant and detective get into? Answer - a lot. In The Other Guys, low-key forensic accountant Allen Gamble and hot-headed Terry Hoitz are both detectives at the New York City Police Department. The laughingstock of their department, they’re assigned yet another innocuous case, this one involving a scaffolding permit violation by billionaire Sir David Archon. Upon arriving at the scene, the two notice that something is off and start looking more closely at the whole case. What they unravel is a whole slew of other crimes and conspiracies, making them prime targets for Ershon’s hitmen. Being embroiled in this case awakens a different, more driven side of Allen and Terry which also leads to changes in their personal lives, where docility on the job leads to a lack of development in themselves. As the case becomes progressively more challenging, the two find themselves evolving with it, often for the better, as they struggle to stay alive and complete the case. 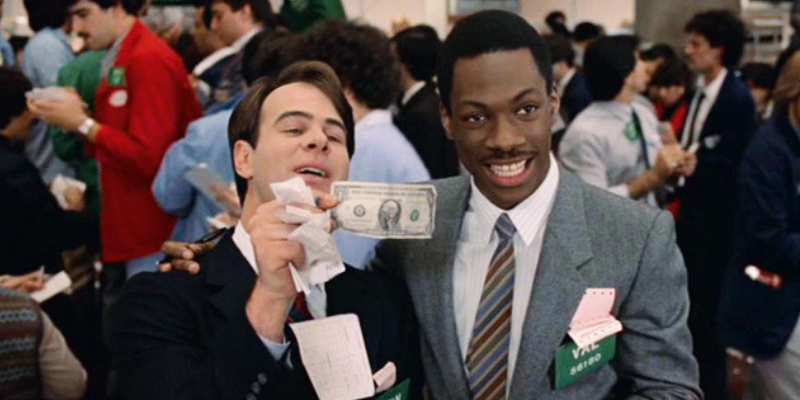 In Trading Places, two wealthy brothers decide to make a wager on the debate of nature versus nature by manipulating the lives of two people underneath them. First, they take Louis Winthorpe III, the managing director of their successful commodities firm, and frame him for a robbery he didn’t commit. He subsequently loses his job, his company-owned home, all his money, and the trust of his friends and fiance. On the other hand, the brothers bail poor hustler Billy Ray Valentine out of jail and put him in Winthorpe’s old role. Billy succeeds in the role by using his street smarts and adapting to the business culture. Though on the opposite ends of the spectrum, Valentine and Winthorpe meet by chance and find out what the brothers had done. Determined to right the wrong that had been done to them, they team up and secretly plan to rob the brothers of the privilege that allowed them to play with their lives in the first place. A comedy with fantastic performances by Eddie Murphy and Dan Aykroyd, the film is an open exploration into the nature and nurture discussion with surprising results.

Gain new ideas and spark interesting conversations by watching these eight movies. We hope you enjoyed them as much as we did!

Enter your email to receive timely financial
articles and tips, delivered straight to your inbox